Marketing initiatives play a critical part of high school students’ decisions around higher education. That’s why Academica and Glacier collaborated on an online survey to explore high school students’ usage of marketing and branding resources for postsecondary institutions. This report covers the results of the third annual Gen Z Media Survey and outlines what we discovered from talking to over 1,400 high school students across Canada. 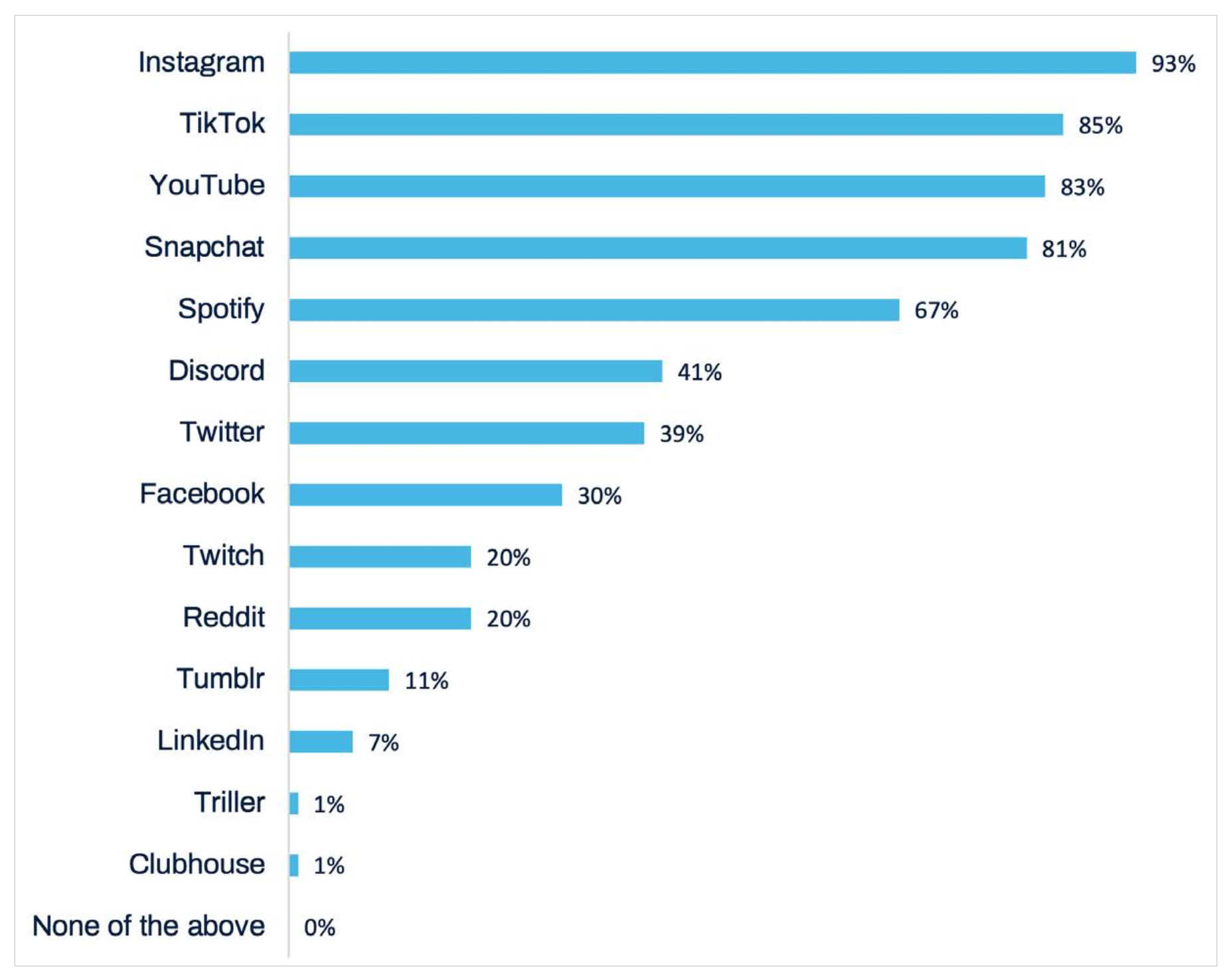 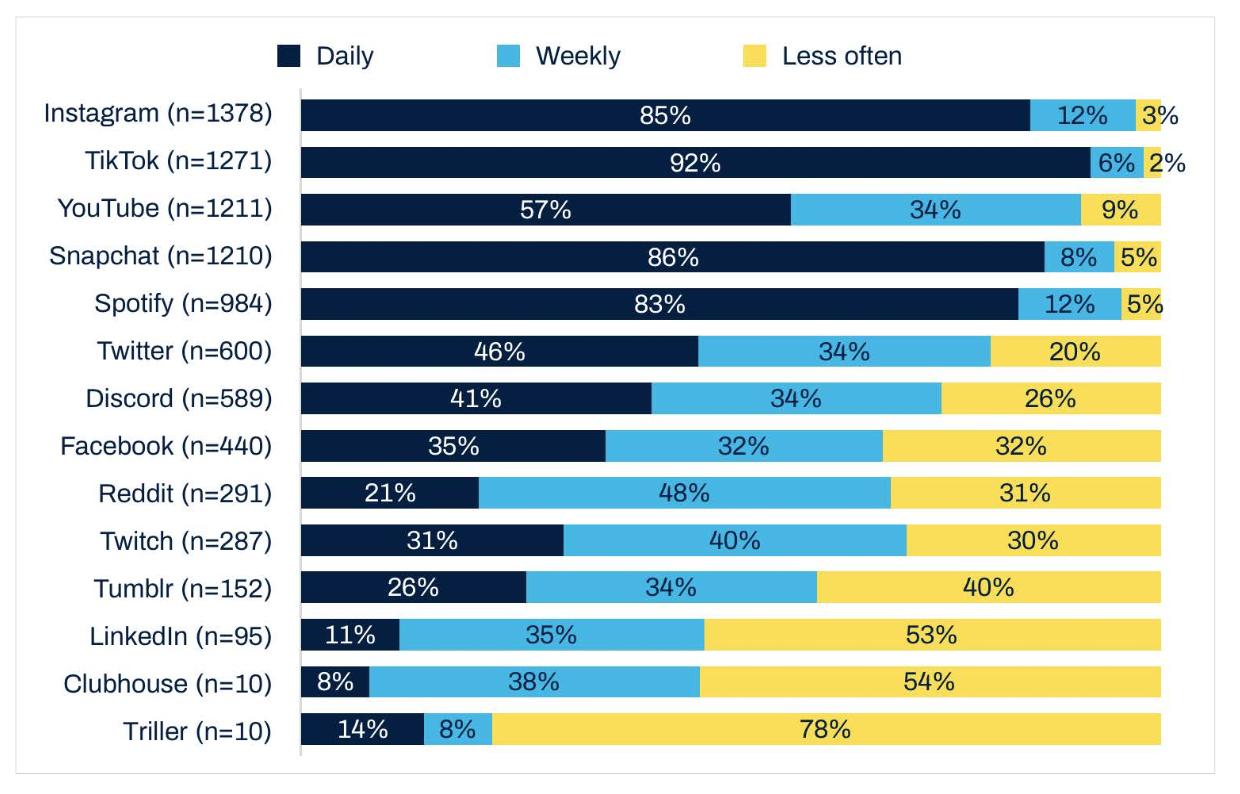 When asked about whether they had used social media to ask questions or learn more about a postsecondary institution, over two-thirds confirmed that they had. The most popular sites were Instagram (51%), YouTube (25%), TikTok (19%), Twitter (7%), Reddit (7%), and Facebook (7%). Students in Atlantic Canada were much more likely to say they had used Facebook (25%) than other students in Canada, while TikTok was slightly more popular among Ontario students (23%). This marked a slight deviation from the platforms that students used generally, as text-based platforms (Twitter, Reddit) were more commonly selected than the very popular Snapchat. This suggests that usage rates alone should not be used to guide institutional decision-making process around marketing on social media.

Nearly two-thirds of students said that they had seen an ad from a postsecondary school on social media this year, while 45% saw ads or posters for institutions in their high school
and 42% saw an ad on another website. Students were less likely to have encountered an ad through traditional advertising locations such as TV (13%), billboards (10%), or radio (8%).

Have you encountered any of the following from a college, polytechnic, or university?

Higher Ed Plans for High School Students in 2021 and Beyond

How High School Students are Researching Higher Ed Institutions in 2021: Tools and Opinions